“I was absolutely amazed everything had happened so quickly. I was in and out of the hospital in an hour.”

When Charlotte, 49, found a painful lump in her breast she immediately thought the worst. She knew she would worry more if she had to wait to see her GP, so she used her Bupa health insurance to call us first and spoke to a trained adviser straight away. Here she shares her experience.

“When I found a painful lump in my breast I immediately started to stress and think the worst. I called my GP but was told I would have to wait a week to see them. I started to worry even more, so I called Bupa UK’s Anytime HealthLine to find out if they could arrange for me to see a doctor sooner. I was put through to Bupa’s Direct Access service, without having to see a GP first†.

I explained my symptoms and was immediately booked an appointment with a consultant. I called on a Monday and my appointment was scheduled for Wednesday, which was a massive relief.

I was really nervous when I arrived for my appointment, but the consultant’s assistant was very welcoming and put me at ease. The consultant examined me and sent me for an ultrasound. He quickly told me that the lump was a series of cysts. I was so relieved, as the worst had been going through my mind.

As a precaution, the consultant sent me for a mammogram. Within 30 minutes, I was back with him and he told me I had inflamed milk ducts. This made me laugh as my twins are 16 years old! My tests were sent to a radiologist to review. A few days later, I received a letter confirming everything the consultant had told me.

I was absolutely amazed everything had happened so quickly. I was in and out of the hospital in an hour. Having gone there feeling absolutely petrified, I was dancing on air when I left. It’s the best service I’ve ever received, and I’ve been telling everyone.

I was very lucky, but I know that, had I received bad news, I would have felt reassured because of the care I received that day. And if treatment had been needed I would have been seen quickly and taken care of.”

This quote reflects the specific experience of one customer of one customer (as told to us in April 2019). The cover you choose will be subject to specific terms and conditions that may apply to your policy. Pre-existing conditions are normally excluded.

Hear from some of our members

Our members are at the centre of our purpose and drive what we do. Below are some stories that highlight how we have helped members get back to being themselves, giving them access to support and medical expertise as soon as they need it.

If you'd like to share your Bupa story, please get in touch. Please email your details to memberstories@bupa.com and we'll get back in contact with you. 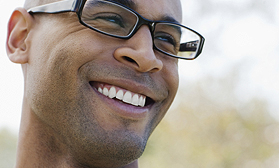 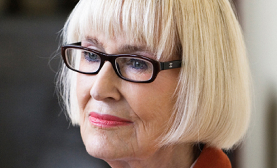 "Bupa fast tracked me to a specialist" 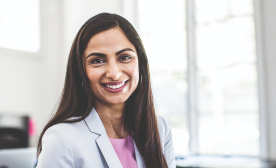 “Within less than 24 hours of finding a lump, I'd had the tests done and was given the all clear.”

"Having a remote ECG was actually quite comforting. It cut out a lot of worry and travel, and I got the help I needed faster."

Get an online quote today

†Direct Access telephone services are available as long as the symptoms are covered under the policy. If your cover excludes conditions you had before your policy started, we’ll ask you to provide evidence from your GP that your symptoms are not pre-existing for a period of up to two years from policy start date before we can refer you to a consultant through the Direct Access service. Always call us first to check that you’re covered.

You can find independent information about the quality and cost of private treatment available from doctors and hospitals from the Private Healthcare Information Network: www.phin.org.uk